He traces his love for the blues to when he was twelve years old, and he got his first album, James Taylor’s Greatest Hits. He says he became hooked on the blues when he heard the last track on the second side of the album, a live version of Taylor’s song, “Steamroller,” and he’s loved the blues ever since.

Robert Lindeman is also an avid fan of films and movies. Particularly, he enjoys watching the films of Joel and Ethan 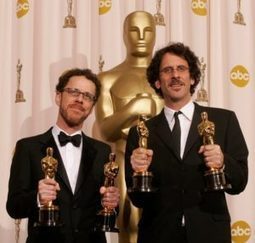 Coen, also known as The Coen Brothers.  Known for their dark humor and ability to transcend genres, the Coen Brothers’ most famous films include The Big Lebowski, Fargo, O Brother, Where Art Thou?, and Robert’s personal favorite, Raising Arizona. Raising Arizona, released in 1987 and now a cult classic, stars Nicolas Cage, Holly Hunter, Frances McDormand and John Goodman. Although on the surface Raising Arizona appears to be a slapstick comedy, the film also serves as a poignant study of contemporary American “parent culture.”

Robert Lindeman enjoys reading literature and non­fiction. Certain books have had a profound influence on Robert’s philosophical and political beliefs, especially The Myth of Mental Illness,  written by Hungarian ­born  psychiatrist and academic Thomas Szasz. In the book, Szasz challenges the foundations of modern psychiatry, and argues against the tendency of psychiatrists to label patients as “mentally ill.”

is a proud third­ generation New York Yankees fan, after his grandfather and father, who would frequently attend the games of the Yankees’ farm team, the Newark Bears, in their hometown of Newark, New Jersey. Robert became a Yankees fan while watching the 1976 World Series, when the Yankees lost to the Cincinnati Reds in four games. Robert has enjoyed the team’s seven World Series titles (1977, 1978, 1996, 1998, 1999, 2000, 2009) since that first  fateful year. Robert Lindeman became an avid New England Patriots fan when he moved to New England over 22 years ago. He has enjoyed watching the Patriots, led by coach Bill Belichick and quarterback Tom Brady, win four Super Bowl championships (2001, 2003, 2004, 2014) since he moved to Boston.